CX and The Customer Evolution: In 2020 Change Will Be The Only Constant

While predictions abound this time of the year, I have only one – that change will be the only constant as we head into the third digital decade of the 21st century. And why not! If nothing changes, we stay the same. We don’t evolve or get better. We need new ideas. We need positive change. We need progress.

A lot has happened over the last thirty years; we could not have predicted where the Internet would take us, how much investment and innovation would be poured into mobile services, how radically social media would change the style and scope of human communications, and how quickly entire businesses would collapse when they failed to recognize the potential and power of new business models made possible by the exchange and analysis of data. And these digital tools that are reshaping our economy not only make more sense to a generation of young digital natives than their older friends and family, but define the way they think, live, work and play.

This digital evolution and connection of everything is so overwhelming I won’t attempt to explain it in this post.

What I do suggest is that one of the most telling ways to analyze your own digital evolution is by your phones (which are now being called devices).

At the end of the last century, when the clock struck midnight, we were afraid our phones would stop working all together, given Y2K hysteria, which created a multibillion business in a matter of months. Many feared computers would start to use an incorrect date and fail to operate properly unless the software was repaired or replaced. Given the dramatic rise of Voice over IP and soft switching, phone systems were more dependent on computers than ever and so people worried that their phones would not work, whether fixed line or the Nokia digital mobile phones most people used following the famous “bricks”.

The clock struck midnight, our phones worked, the ATMs worked, and we lived trough a collective fear of computers, and on January 1, 2000 we hit the ground running given the World Wide Web and all it made possible.

It was in 2002 that I got my first Blackberry (after having rocked a pager for a few years) and that was a life changing experience. Now I could talk and type, send and receive email, and get addicted to constant availability.

In 2004, I tried a Razr from Motorola, one of the first flip phones, and in 2006 I went in for the Palm Pilot. (Does anybody even remember this device? At the time it was revolutionary).

Then of course – in 2007 – I had to have the first iPhone, and from there it was a new iPhone every 1-2 years as they became more powerful, worked on 4G networks, made apps and music instantly available, and supported streaming news, sports and on-demand movies.

Fast forward to 2019, and the latest investment is in the iPhone 11 Pro.

From being tethered as a kid to being digitally connected from anywhere there is access to broadband, I am not a digital native (as my children are) but I’m a digital convert and I lead the same kind of connected, contextual life blurring the lines between work and play that we are seeing in the millions and billions.

This momentum is not slowing down, and the way that we experience the world “at scale” is going to increasingly change as more things are connected, as more humans interface with those things, and as we as human adapt to live more conveniently and safely than ever – changing forever the human experience.

That’s why my one prediction for 2020 is that the only constant will be change.

This is a good thing – or a bad thing – depending on how you embrace change, how companies look to change to enable them to compete better by evolving the way they serve customers across an unprecedented number of channels. Over the next few months I will be sharing insights into the risks and rewards change, often unpredictable change, brings businesses. To say “go digital or die” may be an overstatement, but for sure, any enterprise or organization that does not rethink and reshape their “CX” will reduce their chances of remaining relevant, much less thriving.

With all those phones and applications over all those years, my own expectations have changed – like most people, I want what I want when I want it and I want it fast, free and friendly. I’m not always satisfied and sometimes I switch as a result.

Someone once said, “The arrogance of success is to think that what you did yesterday will be sufficient for tomorrow.”

The challenges of 2020 will be met with creativity and curiosity – we love what we do here, at Eventus, helping companies shape the conversation that supports new journeys we could not have imagined a few years ago. 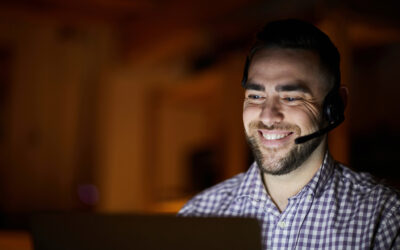 The Big CX Leap to Cloud: Beyond Contact Center

The news is filled with stories about contact centers forced to respond to Work From Home (WFH) models given the COVID-19 global pandemic, which leaves no region untouched – including North America, Europe, Asia, Central America, South America and other regions known for their on and off-shore contact center successes.

END_OF_DOCUMENT_TOKEN_TO_BE_REPLACED 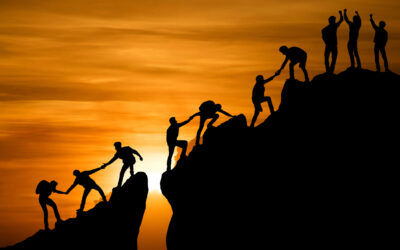 Operating contact centers and developing CX innovations has never been easy. I’ve been in this industry for three decades , have been CEO of three CX related businesses, founded, built and sold a virtual contact center business, have run large portions of two of the world’s largest and most successful contact center BPOs in the world (TTEC and Sitel), and today am leading the Strategy and Consulting group at Eventus.